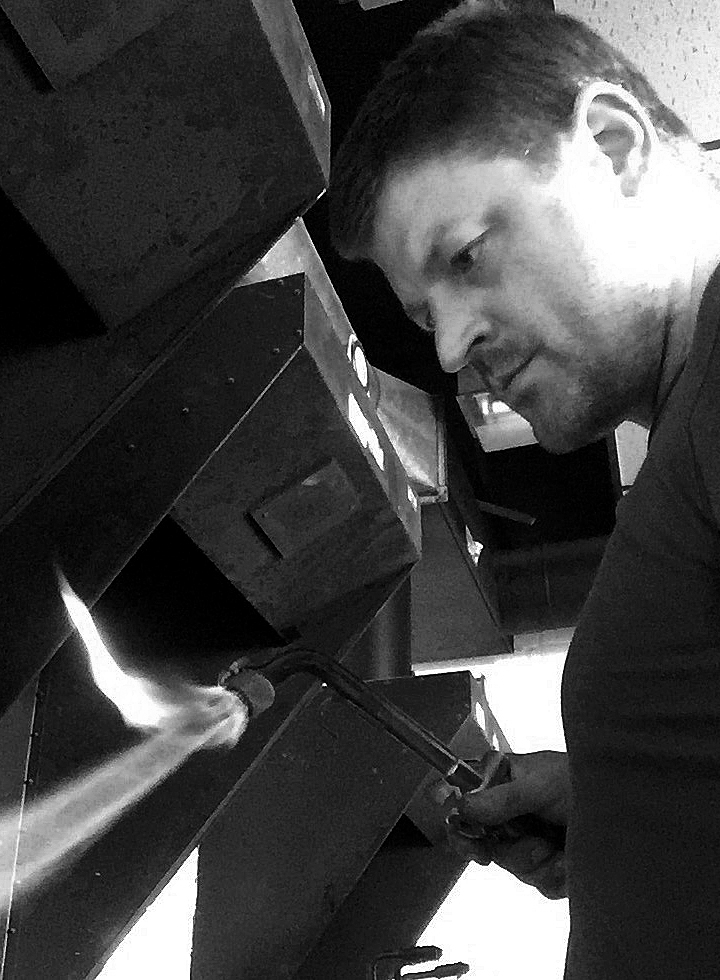 My current practice is focused on an investigation into segmented growth. Drawing inspiration from the natural segmented structures of plants and minerals, I interpret these forms through the craft of silversmithing.

I am exploring an intuitive process of making by letting the forms themselves grow unconfined, without the usual rigid predetermined method of design and in the speculative manner of ‘thinking through making’.

My aim is to incorporate within these forms the patterned metalworking technique of mokume gane. This Japanese technique, developed in the seventeenth century involves patterning fused layers of contrasting coloured metals. By incorporating modern technologies into this process, I aspire to conceive new innovative ways of patterning. The concept of marrying this venerable technique with modern tools appeals greatly to me as a means of pushing forward and evolving the process.

Ultimately, the intention is to explore and construe these ideas through a series of silversmithing pieces that realise a harmonious amalgamation of both form and surface pattern.